Premature babies improve faster when they hear their mother's voice

Babies born pre-term can thrive and mature faster because of one simple thing: hearing their mother’s voice.

New research suggests that preemies who are serenaded by natural sounds which mimic the familiar ones they heard while in utero.

The findings of a group of Harvard researchers can be considered a big breakthrough in helping preemies thrive and mature faster.

The development of preemies are usually monitored using eye tracking and pupil dilation.

Neuroscientist Amir Lahav explained to the American Association for the Advancement of Science that preemies who are placed in incubators for prolonged periods of time only hear the sounds of machines and other equipment beeping and whirring.

These sounds could be stunting their development.

12 mothers of premature babies participated in the study. They were tasked to record their voices as they talk, read, and laugh. These recordings were played inside the incubators of their babies along with the sounds of other mother’s heartbeats. 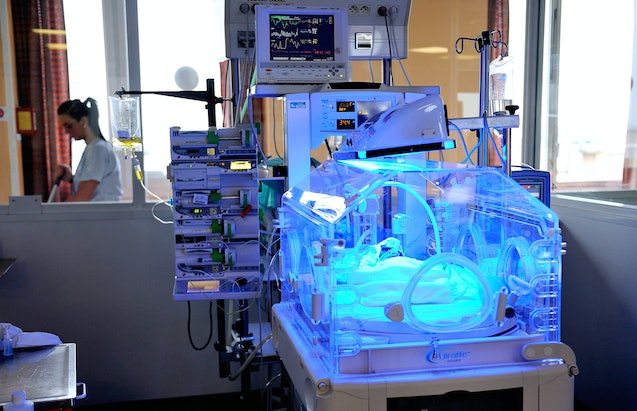 Comparing them to preemies who didn’t hear the recordings, researchers found that they did better: they showed better brain development as well as auditory capacity.

These results, said Lahav, further cement the notion that everyday sounds of mothers are “part of the original recipe for how we should cook premature babies up to full maturation.”

READ: Dads are now bonding with their premature newborns through ‘kangaroo care’