Who among your favorite celebrity moms and dads graced the ABS-CBN Ball 2019 and made the red carpet a little hotter? Check out here.

Even the celebrity moms and dads who attended were all dressed to impress just like the millennial teens who were present at the ball.

They may be moms and dads already, but they still are hotties ramping on the red carpet during the ABS-CBN Ball 2019.

Judy Ann is definitely a superstar especially with her handmade dress sinamay rosettes and organdy inserts.

Second round on being parents, Aljur Abrenica and Kylie Padilla definitely both looking regal with their terno custom gown and barong by AJ Javier.

The songbird looking stunning with her beautiful black gown by Cary Santiago with her singer-songwriter by her side wearing a barong tagalog by Randy Ortiz.

They may not be a couple anymore, but they still are parents of the "Teen King" Daniel Padilla and they both look dashing together.

The very cute couple Mamang Pokwang and Papang Lee O'Brian of the very adorable Malia were also looking magnificent at the red carpet in a custom Popo Go Manila.

Vina Morales may be a single mom, but she is one hot momma on the red carpet looking fierce on her red jumpsuit gown by Mikee Andrei.

Rufa Mae Quinto may not have her beau beside her, but she's still looking fabulous as ever with her custom modern Filipiniana with pearl-encrusted terno sleeves by Rosbert Villar.

Also not with her beau beside her, Lara Quigaman is still one stunning beauty queen as ever, wearing a custom beautiful modern black terno by Boy Kastner Santos.

Glowing Momma Kaye Abad wearing a chic in coral, an iteration of the Balintawak, in custom Martin Bautista.

If you are a 90s kids, you'd be thrilled to see Jolina Magdangal on the red carpet wearing a red and pink modern Filipiniana terno gown.

Single mom Jodi Sta. Maria is always a stunner and slaying the red carpet once again in a custom Mark Bumgarner four years in a row.

Her modern Filipiniana pantsuit is made with silk cocoon and clallado hand embroidery from Lumban accentuated with large bow and train.

Character actress Dimples Romana channeling her inner Daniela Mondragon at the ball in a power suit by Bessie Besana.

Denise Laurel wearing a custom black jumpsuit by Samantha Richelle that can be turned into gown too. Definitely a slaying and sleek two-in-one custom jumpsuit-gown to remember.

Their custom gowns are -encrusted couture gown by Neric Beltran.

Her freedom gown signifies a free Philippines, strong and free women, and freedom to have the education that everyone deserves.

Happy daddy to her daughter Lana Athena, JC De Vera looking dashing with his elegant, classic, neat as always with his barong by Paul Cabral.

The multi-talented actor, director, and extraordinaire John Prats looking dashing even without a date during the ball with his custom barong by Suit It Up Manila.

They may not be hot moms and dads just yet, but pretty sure they will be in the future, for now they're hottie couples for sure.

Maricar Reyes graced the night looking stunning with her Francis Libiran pastel green pleated dress. She didn't have a clutch on her but thanks to Nono Palmos's suit barong that had pockets for Richard Poon, all she'll need is her man.

The Beautiful Iza Calzado showcased her stunning red Filipiniana made by Rajo Laurel. The silver filigree details are from plateros of Bulacan. Her husband Ben Wintle complimented her as he looks dashing himself.

Kim Jones worked with Carl Jan Cruz for her neutral toned modular dress that can be integrated to modern wardrobe. Jericho Rosales wore a modern day barong that matches his wife's neutral tones.

Mark Bumgarner turned Coleen Garcia into a modern warrior princess laced with swarovski crystals in the finer details as an ode to the Pintados of the Visayas. While designer Erwin SP Flores customed a suit for Billy Crawford with the concept of an "Agila" to represent Billy's career and dreams.

Anne Curtis is still the perfect mix of classic and modern as she showcases another work from the fashion designer Mich Dulce. Her husband, Erwan Heussaff, wasn't able to accompany her but she still looked stunning. 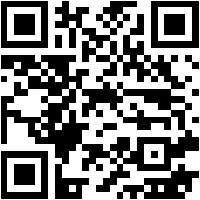