To the mom with kids under five If you're a mom who has a kid or more under the age of five, then this letter is definitely for you. This is a heartwarming letter that all moms should read. 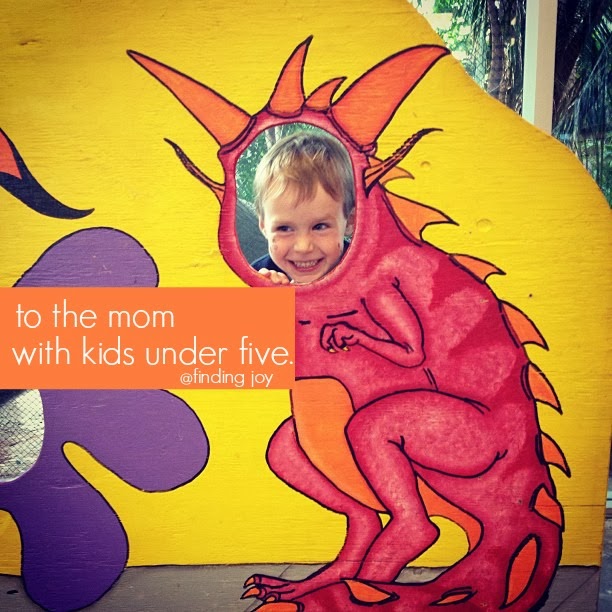 My youngest is four. Four years old, and for the first time I feel like I can catch my breath again. I don’t have to worry so much about him wandering the house and playing. He just plays. I don’t have to spoon feed him, change diapers, potty train, have safety gates, chase him around on the playground, have him in my sight every second, and have some who cannot communicate back to me.

I can take a shower now and not have to keep the door open and even though I still get the cries of M-oo-m most of the time it’s because one of the boys is irritated that their brother took the Ironman Lego set pieces from the other or they’re desperately in need of a snack even though they had one 14 minutes earlier.When my kids were under five it was crazy.

It was me, the mom, not really getting many moments to catch my breath.

I know you’re there.

You wake up before you want to wake up. You change diapers, brush hair, choose shirts and then are met with resistance because there’s a tag on the shirt and so now you go and try to find the scissors to cut it off and by that time the baby is crying and hungry. You make breakfast for everyone, try to unload the dishwasher, the cereal spills, and the sounds of Disney Jr come from the family room that instead of being neat has piles of duplos and cars and toys spread everywhere. 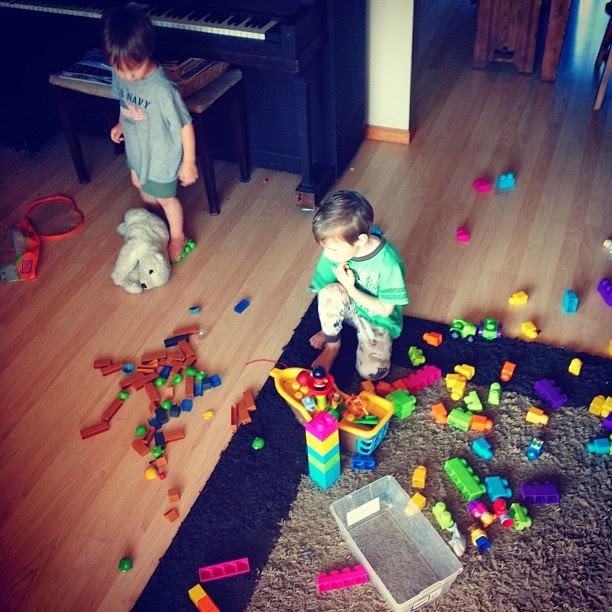 And you want to do this right.

You’re looking at those creatures who haven’t yet hit school and you’re thinking that you have to do it right so that they’re ready for school. There are crafts that you’re told you should be doing and classes that will make you’re child “ahead” and all of this tremendous pressure to measure up in this competitive motherhood world.

I want to tell you to not compete. Or to at least not worry about doing it right. Truth? Every single mother had to start out as a rookie. Everyone. There wasn’t one of us who didn’t wake up at 4:30 am with a baby wishing that we could roll over for a bit longer and wishing that breakfast would magically would appear or that SuperNanny would show up at our door and deal with the four year old who has all of a sudden developed quite a spitfire personality who now refuses to help pick up those blocks and hates getting his hair washed and decides to run off in the grocery store.

That’s a great deal of tired moms. That’s many of us knowing that we’re tired but just needing a note that it’s okay that we’re tired. It’s about a group of mothers who despite being tired just want to be acknowledged for those crazy motherhood moments that we plow through day after day after day.

I’m here to tell you that being tired doesn’t mean that you don’t measure up in a hypothetical world of should do’s, nor does it mean that you’re not a good mom, or any of those worries that runs through your head when you are trying to teach colors and they can’t seem to grasp the between green or blue. Or that your friend’s child can skipcount and your kid is still stuck on fifteen. That’s just real stuff. Kids learn. Don’t let yourself get tired trying to compete to the crazy, and I mean crazy, expectations that can be pushed on moms.

Do you know what I celebrate about you? That you’re not perfect. That you’ve had to learn how to do all the mothering things. That you’ve learned to make the best choices for your family in a world that will scream that this is the best and only choice and you have to sift through 48 different best choices. 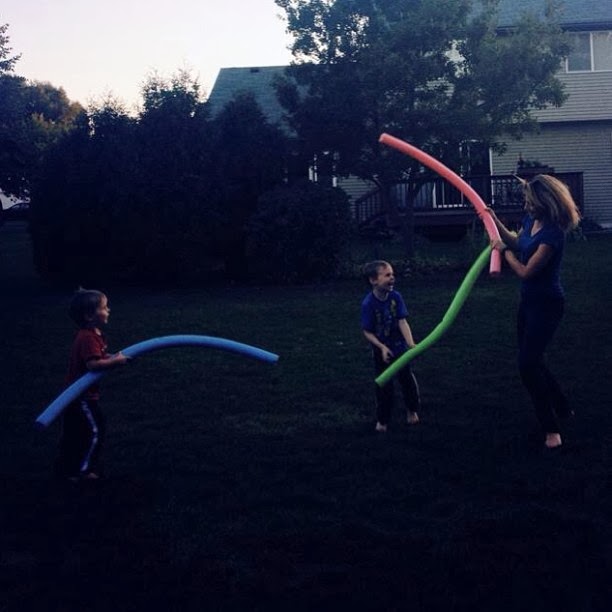 And because I celebrate being real I’m here to tell you this morning that when you have kids under five years old you will be tired. You will give of yourself more than you thought you could give. You will look at other moms and wonder if you’re doing it right. You will have to learn everything.

You will learn your strength.

You will learn that you are brave.

For months and months and months I’ve been writing about the brave mother. Mothering little ones is an exercise in bravery. Don’t argue, tired and awesome mom of little ones. You, right now, live a life where you are almost always dictated buy the schedule and whims of little humans that you love. They’re the ones that you teach Memory to and only use six cards. You teach them to write their names with broken crayons. You cut their grapes, hotdogs, and prepare food that is safe. You wipe faces and hands and then later marker from the wall.

You sleep with your ears not turned off so that the cry of the baby wakes you up. You say good morning dude to your four year old and they get upset and say don’t call me that. You slap your hair into a pony tail, push the giant cart at Target, order your lattes, shop the clearance aisle, know which cereals makes your kids crazy, know how to avoid walking by the toy section even if it means making your shopping trip better, and can balance a kid on your hip while finding a nuk while paying and smiling at the cashier. 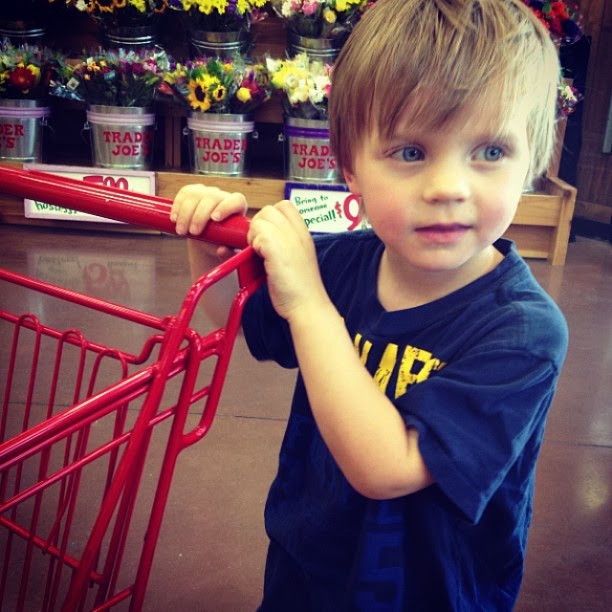 So you, today, in your home or at work or wherever you read these words of mine, I want to tell you that you will first of all get through these crazy years. You’ll get through. Your kids will grow, they’ll  start school and instead of flipping the channels between Nick Jr and Disney Jr you’ll now spend time trying to explain the difference between a predicate nominative and a direct object. You’ll have rules on media and curfews and will have to enforce sassy talk. Bottom line: you will get through. They will grow. And you will make it.

Partner Stories
Kilalanin ang Mga Nakakabilib na Batang May Tibay Ngayong Panahon
Parents, here's what you should do when your child sees you and your spouse fighting
#SendLoveWithBebeBata
13 Must-haves for Your Online Baby Checkout Checklist

Or at least attempt a breath in the midst of the giving and cleaning and loving.

You are brave. Powerful. Patient. Inspiring.

Culture may try to make you think you need to be perfect, but I’m here to tell you, there is no perfect, there is only real. You, sweet mother with kids under five, you are the perfect real mother for those kids that can drive you a bit batty. I know sometimes you’re worn, tired, doubting your own strength, or just want a break. That is normal. Do not worry. Just keep being awesome. Keep getting up, brushing their teeth, remembering to floss with those little dino flossers when you can, keep making lunches – even if it’s boxed macaroni (link), keep driving to preschool, keep calling a friend, keep doing the awesome things that you do.

You are doing fine.

You are more than fine – you are amazing. 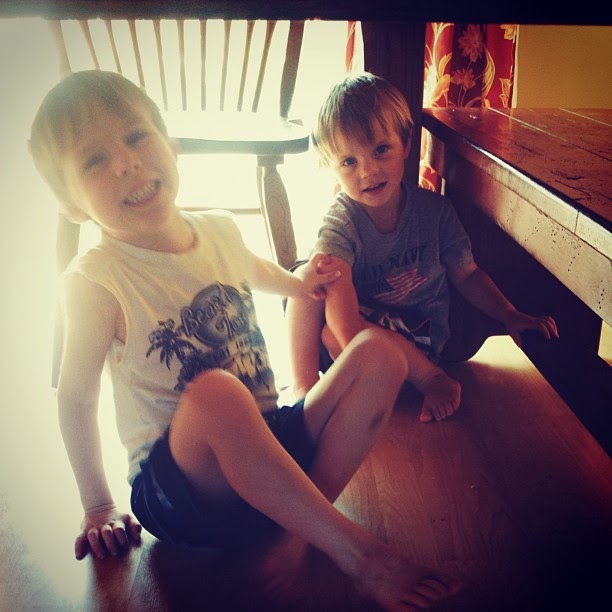 That’s real. And that’s you.

Oh yeah, and moms whose kids are grown or beyond the crazy under five stage – today would be an awesome day to tell those moms in the under five trenches how awesome they are and how you’re proud of what they do. Those things matter. Send them this post, grab them coffee, watch their kids for an hour, or just simply give them a smile. Don’t forget those under five years. #littlethingsmatter

Today’s photos? A mixture of real life live from the instagram feed. Find me there at findingjoy. Images and original content are sole property of Rachel Martin and may not be used, copied or transmitted without prior written consent.

Also Read: Open letter to the mom who has yelled at her kids